A message from my handler at the FBI.

We noticed early-on that The Corporation didn’t follow their own rules. The following are just two examples - from dozens - of proper verification being circumvented: 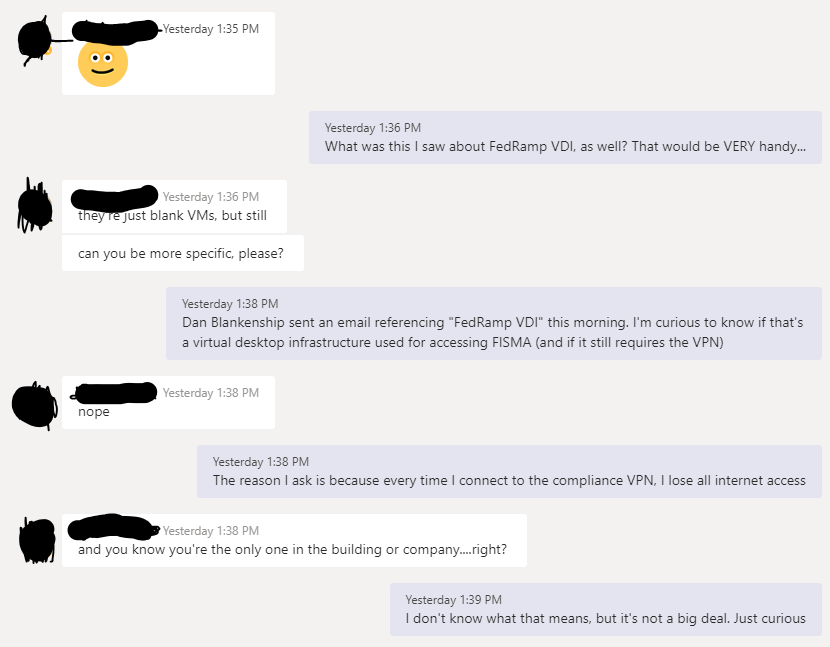 The first example shows the Corporation leaking information. $REDACTED was probably not authorized to tell Fodder that he “is the only one in the building.”

This also shows that he is operating on bad information. 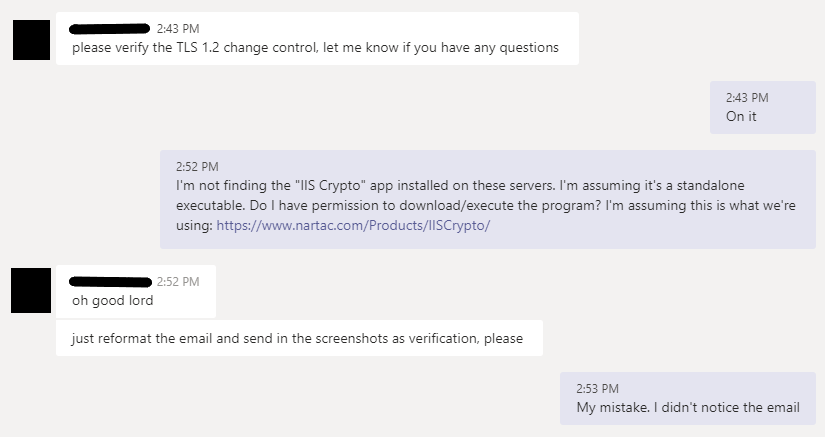 In this example, we see the concept of a separation of powers at-play. The person implementing a change control should NEVER be the person verifying its success (according to the Corporation’s policy).

Still further, the fact that they are using a random, free executable to perform work that could be accomplished in Powershell is laughable.

Clearly, security is not the concern here.

A crown is worth nothing